In 1975, a Business Week article predicted the imminent arrival of the paperless office. The arrival of office automation would, in theory at least, eliminate the need for office paper. The assumption was simple, with the arrival of personal computers the need for paper copies would be eliminated.

It turns out that paper usage since the 70’s actually started to grow exponentially. The reason being, ironically, the development of the cheap personal computer and printers allowed employees to print anything they needed to, at the push of a button.

However, there does seem to be some good news. Since the early 2000’s a decline in the use of paper has been noted. Why? Quite simply, the arrival of the internet and more recently, the smartphone has allowed us to process more information without the need to printing.  Newspaper readership is in decline, paper books are starting to become a niche product and more and more transactions are done 100% on-line.

But there are some new challenges.

On the graph above you probably noticed a red line increasing exponentially. This was due to rapid growth in China and an exponential uptake on paper usage. The FAO is predicting that consumption in China may reach almost equal to current global levels, by 2040. 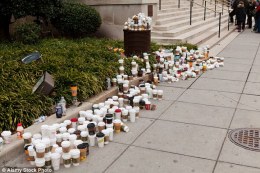 Additionally, the increase of the disposable society is reaping havoc. In 2006 in the USA for example, 6.5 million trees were cut down to make 16 billion disposable coffee cups. They used 130 billion cups in total for the same year!

Why is this a problem? Well, let’s consider a few interesting facts.

So, what are the options?

Like most of these problems, the solutions really are quite simple, simply by reducing our consumption of disposable products, we can start to have an impact.Below are a few simple suggestions to get you started.

Enter your details for the latest updates

Your information will never be shared.